Wangui Kimari has temporarily stepped away from curating our series of reposts from Kenyan publication The Elephant, so various members of our editorial team will take turns curating selections every week until she’s back. Always on the look out for the intersection between music and politics, managing editor Boima Tucker noticed a post from last week marking the first anniversary of the death, and contextualizing the rule, of former Kenyan president Daniel Torotich Arap Moi. So, in the spirit of our Friday tradition of providing you with a Weekend Music Break, we reconstructed it in the form of a YouTube playlist. Listen below.

Last week marked the first anniversary since the death of the second president of Kenya, Daniel Torotich Arap Moi. Indeed, much has been written and said about Daniel Arap Moi, and his death uncorked a litany of previously hidden details and insights into the Shakespearian drama he presided over while in office. But how do we evaluate the legacy of Moi’s agency during his time in office? Is it through the memoirs that will and have been written, the popular slogans that were created by his regime and sang by his supporters, or is it the “official” narrative peddled by the state? Or is it, perhaps, the pain his detractors and critics faced or the scars of the victims who suffered his heavy hand? Popular music reflects the culture of our day. Through it, we can observe the blueprint of an age in the lyrics and sound of that time. Perhaps, we argue, that if we listen to the popular music of Moi’s 24 year rule we can observe the fingerprint and maybe get a glimpse of the Man and his legacy.

The following is a chronological account of the sounds and hits that defined the 24 year rule of Daniel Torotich Arap Moi. Hit play on the playlist above to listen along.

1978: Jomo Kenyatta died on August 27, 1978 and President Moi subsequently took over as the second president of Kenya. Kenya is just getting over Daudi Kabaka’s hit “African Twist,” so we must start with his song “Msichana wa Elimu” with lyrics that give advice about marriage. Daudi Kabaka was born in 1939 and died in 2001. He was a popular Kenyan vocalist, known to his fans as the undisputed “King of Twist.”

1979: Nico Mbarga has taken over Africa with Sweet Mother. Locally Slim Ali and The Hodi Boys Band are all the rave, playing in hotel lounges and clubs across the Middle East and North Africa and ended up in Kenya. Slim Ali is from Mombasa. Here, President Moi is still loved and respected by many people. He enjoys popular support from the people. A pull-out from The Nation describes him as a humble and accessible president.

1980: Fadhili Williams re-releases “Malaika.” The song was first recorded by a Tanzanian musician Adam Salim in 1945. Fadhili was born in Taita Taveta in 1938 and died in 2001.

1982: The August 1st coup, a failed attempt to overthrow President Daniel Arap Moi’s government, so musicians are under pressure to release unity and praise songs. The biggest hit comes from Them Mushrooms in the form of “Jambo Bwana,” which was featured in Cheetah, a Disney film that had the phrase Hakuna Matata which became very popular when Disney released The Lion King later.

1984: Moi has banned Congolese music. But he changes his mind after the release of Mbilia Bel’s “Nakei Naïrobi.“

1985: By now the Nairobi live scene has suffered because of the effects of the 1982 coup and Moi’s informal censorship. The dark days of the Nyayo era are at a crescendo. Detention without trial of many political prisoners and others flee the country at risk of facing the heavy hand of the regime. Still, a rebirth happens in the music scene led by Sal Davis and The Establishment. The music isn’t politically conscious, however.

1986: The many detentions of the Nyayo era has also killed the vernacular live scene. State operatives at the time saw these spaces as points of political mobilization, but Joseph Kamaru leads a little uprising popularizing Kikuyu vernacular hits.

1987: D.O Misiani and Orch come to the scene. And Shirati Band releases some seditious tracks among them “Safari Ya Musoma.”

1988: Mombasa Roots Band arrived on the scene with “Disco Chakacha“—originally released in 1986.

1989: Ten years after it was founded Muungano Choir finally created a pop smash hit “Safari Ya Bamba.” The following year they released Missa Luba recorded in Germany after the Berlin wall came down, ending the Cold War era and the triumph of liberal democracy.

1990: Les Wanyika released an earthshaking album. One of the biggest hits was “Sina Makosa.”

1992: JB Maina releases “Mwanake,” and Japheth Kassanga, Mary Wambui, Helen Akoth, and Mary Atieno are redefining gospel music with the Joy Bringers and Sing and Shine TV shows. But Freshley Mwamburi’s “Stella Wangu” is the hit of the time.

1993: Diversification happens in Kenya’s music industry. Many acts like Sheila Tett, Musically Speaking—later Zanaziki and a boy band called 5 Alive change the music scene. Among the many tracks released by Zanaziki is a popular hit. Also, Okatch Biggy and not to forget Princess Julie who create the soundtrack to the Moi government’s response to HIV in Kenya “Dunia Mbaya.”

Mid-90s: Urban music is now bigger than was ever expected. Another boy band Swahili Nation makes their way into the music scene. The opening up of Kenya’s democratic space after the repeal of section 2a in 1991, the import of American culture, and growth of local media outlets drastically shifted Kenya’s music scene. Two more examples from this era include The Pressman Band from Mombasa and Zannaziki.

Ted Josiah brings out a guy called Hardstone who is loved by the growing young urban population.

Jimmi Gathu and others organize for a musician called Eric Wainaina to do the first version of a new national anthem dubbed “Kenya Only.”

Shadez O Black are challenging Hardstone for the artist of the year award with the smash hit “Serengeti Groove.”

Still in the mid 90s, there’s a cultural earthquake that changed the music scene in Kenya. Kalamashaka’s hit “Tafsiri Hii.” A culmination of poor governance by the Nyayo era, the structural adjustment programs of the 80s and 90s and new young urban generation raised by a staple of America’s hip hop culture and Nairobi’s budding urban culture produces a socially and politically conscious movement of artists who go by the moniker Ukoo Fulani.

2000s: The music scene expands dramatically and is ungovernable. A growing sign that the years of Moi were coming to an end and that he could not hold on any longer to power. Ogopa Deejays arrive in the music scene, and the biggest song of those first two years, the soundtrack to the exit of Moi, all the way from Okok Primary school, is Gidigidi Majimaji’s “Unbwogable.” This song was used as a slogan by the coalition government that removed Moi from power. 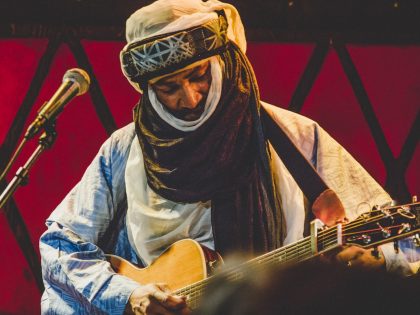 The wanderers from Niger 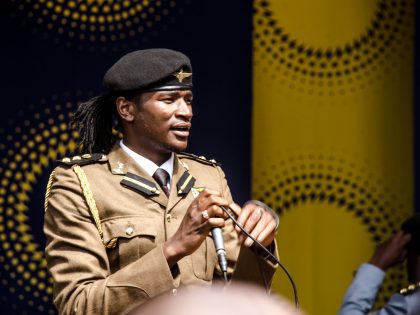 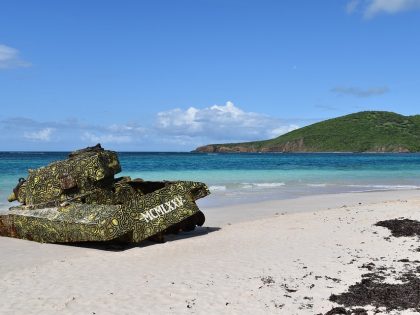 This weekend’s music break is dedicated to the isla del encancto.