African documentary films rarely provide a window into intimate family disputes. The Letter by Maia Lekow and Christopher King, takes viewers to the rural and urban communities of coastal Kenya, and explores generational debates about land, tradition and the politics of inheritance. Lekow and King deserve praise for their balanced and empathetic look at a contested tradition. The Letter is both a story of complex familial dispute, and a tale of everyday class, religious and education contestations in contemporary Kenya.

In the opening scenes we meet Karisa, a young artist/performer hustling his way to a modest living in Mombasa. Through social media, Karisa learns of troubles back home, he travels to the rural hinterland of Kilifi county, 50 kilometers from Kenya’s largest coastal city, to investigate witchcraft accusations against his grandmother, Mama Kamango.

Kamango, born in 1925, is an ageing matriarch in charge of the family farm. Her family typifies the middle class struggles of rural communities on the periphery of expanding economic development, too often centered on mega cities like Nairobi. A collection of retired civil servants, farmers and professionals, they possess a wide range of educational and religious backgrounds, which color individual explanations of everyday struggle and family misfortune. Witchcraft operates at both the center and the margins in this story. Placed amidst widespread witchcraft accusations, violence and even murder of elders in Kilifi County, we learn Mama Kamango has also been accused and threatened. The accusations against her come from within her family, as rumors spread that her actions are at the heart of a variety of family misfortunes.

As scholar James Smith has shown, witchcraft and development debates in rural Kenya collide at the local and family level. With few opportunities for advancement in small agricultural towns like those in The Letter, families often depend on urban remittances or measly government pensions to scrape by. Central to most family investment is the control and inheritance of small parcels of land. So, when the documentary takes its audience to a makeshift shelter for elders cast away and threatened by witchcraft accusations, we learn that land and rural impoverishment is central to the debate. As one elderly man in the shelter notes “they got rid of me to sell my land … I worked that land my whole life and now I am stuck here.”

Unlike popular media and cinematic portrayals, which dismiss beliefs about witchcraft as “primitive” tradition, The Letter takes a multifaceted and empathetically modern approach. We hear from both sides of the family debate, as Christian belief systems clash with supernatural and scientific explanations of illness, infertility and death. However, the more Karisa investigates the accusations against his grandmother, we learn that the debate over the supernatural is secondary to the politics of inheritance and deeper family disputes.

In the end, Karisa’s aunties are pitted against his uncles in a battle over their maternal upbringing, polygamous traditions and land. The climax of the film also shows competing Christian traditions as both sides bring their religious backers into the debate over just how to cleanse/reconcile a complex family dispute. Told from the voices at the center of the debate, the film doesn’t dismiss either side, even as it leans towards Karisa’s generational skepticism and his grandmother’s plight. Without a clear narrator, the film also does not seek to answer the broader question about witchcraft in contemporary Kenya. Rather it exposes how witchcraft is more importantly a spiritual/supernatural manifestation of everyday misfortune.

For an East African audience, The Letter will likely resonate with the generational and spiritual debates, which often clash within families spread across rural/urban and class divides. For teachers, this documentary will spark rich class discussion and provide an empathetic look at contested traditions many students simply dismiss.

As a scholar of Kenyan history, I would have liked to see the film contextualize the gendered and generational debates more. For instance, even as Karisa challenges traditional elder patriarchal authority he also tells us that “In the family there are those fundamental people you respect like your uncles. Whatever he’s been telling you he is the backbone of the family. So, when he tells you someone is a witch … you will believe because he’s the elder.” This gendered generational and class debate is implied but not fully addressed in the film as Karisa’s educated and urban aunties challenge more traditional, rural forms of patriarchy. However, these points are minor distractions from the excellent work Lekow and King have put into their film. The Letter is certainly worthy of distribution beyond the film festival circuit. I hope to see it in a popular streaming service soon. 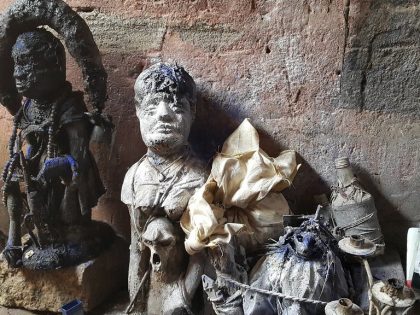 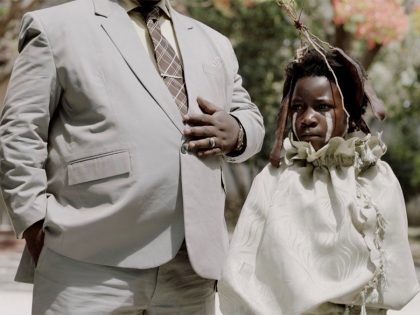 What would happen if the women cut their ribbons?

Rungano Nyoni’s brilliant film I Am Not a Witch with humor and grace challenges our expectations put on girls. 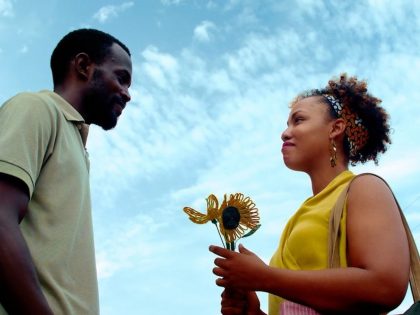 Uganda—a culture that puts women at risk of great violence

A new film and how to change minds about who is at fault for Uganda’s endemic violence against women.