On March 11, 2019, the International Association of Athletics Federations (IAAF)—the international governing body of the sport of athletics—published a press release about changes to be implemented in track and field’s most prestigious competitions—the Diamond League. One proposed change, in particular, that is rattling the running community, is that the longest distance race to be held will be the 3,000 meters. While mourning the “death of the 5k” some are asking: to what extent is this deliberately exclusionary of East Africans?

Hobby joggers can rejoice, because indeed the tremendously popular recreational event run on city streets and not tracks, will likely continue to grow. But for the Kenyans and Ethiopians who have been dominating long distance running on the track for the past five decades, and to whom average runners get to compare their mediocre times, this seems regressive in many ways.

The athletic federations from Kenya and Ethiopia, have been quick to point this out. On March 14, Athletics Kenya called the change “illegitimate.” Then, the Ethiopian Athletics Federation called out the IAAF’s research that led to this decision, and criticized that although it “included detailed research and discussions with athletes, coaches, fans, and broadcasters, there is no record that shows a platform was provided for long distance athletes particularly from East Africa.” Two days prior, Ethiopian legend, Haile Gebreselassie, also pointed to the disproportionate affect the change would have on East African countries.

The Diamond League in many ways is the crème de la crème of track and field. Even in comparison to the Olympics, for countries like Ethiopia and Kenya, which can only send three athletes per event, open track races offer more opportunities for their abundance of talent to produce world records and the most competitive performances.

The notion that a thirteen-minute running race is boring for most fans to watch is not a novel concern to most track fans. (In any case, most live or delayed broadcasts of major track and field meets, shows the start of these races, usually cut away to show field events, then return for the last two laps of the race for the proverbial big finish.) Making the sport more popular has been central to conversations about athletics over the last few years. Lack of sponsorship flexibility, poor race commentary, and interpreter-less interviews with African athletes unable to explain their race strategies and personal biographies in non-native languages and reduced to monosyllabic answers in English, are among the oft-cited reasons for the lack of popularity.

This is probably what Sebastian Coe, the president of the IAAF means, when he says that “we can make it even stronger and more relevant to the world our athletes and our fans live in today.”

As the representatives at the Ethiopian Athletics Federation explicitly indicate, who precisely “we” means is hardly defined, and plainly exclusionary. Histories of financial embezzlement (at the center of which is an African athletics official, deployed there to represent the continent’s athletes, but instead enriched himself) and being curiously headquartered in the wealthy city-state of Monaco, have not exactly imbued the IAAF with widespread trust. The IAAF have considerable power over the fates of East African runners, who have singlehandedly brought the sport of running to far more competitive heights.

Aren’t these runners the best placed to determine what gives the sport its relevancy? Unfortunately, the IAAF doesn’t seem to agree. 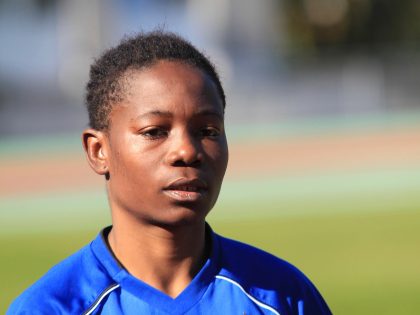 The violation of Genoveva Añonma

Football officials are supposed to be advocates for the beautiful game and for footballers – irrespective of gender.  But the treatment of female players with regard to gender testing is deplorable.