Med Hondo died on Saturday, March 2, 2019, in Paris. He was 82 years old. In his later years, Med Hondo was primarily famous in France for being the go-to actor to dub characters played by Hollywood stars Morgan Freeman, Sidney Poitier and Eddie Murphy into French. But Hondo, originally from Mauritania, was more than just a voice actor. He was also one of the pioneers of African film. Hondo’s breakthrough film Soleil O, which follows a Mauritanian dealing with racial trauma in France, premiered at the 1970 Cannes Film Festival. His most important contribution, however, was a 1979 article “What is the cinema for us?”

In the article, Hondo unleashed a sharp critique of a global cinema structure in which citizens of Africa and the Arab world consume Euro/American films with no promise of representation in return:

Throughout the world when people use the term cinema, they all refer more or less consciously to a single cinema, which for more than half a century has been created, produced, industrialized, programmed and then shown on the world’s screens: Euro-American cinema.

Hondo’s message was manifesto-like, calling for a cinema in which African and Arab filmmakers hold stakes in the Euro-American-dominated global cinema. “The images this cinema offers systematically exclude the African and the Arab,” Hondo explains, “seeking to maintain the division of the African and Arab peoples—their weakness, submission, servitude, their ignorance of each other and of their own history.” He viewed the relationship as one between “the dominating and the dominated, between masters and slaves.”

When was the last time you saw an African film? Not a film shot in Africa by an American studio, nor a European co-produced film in Africa with a largely European crew. At the same as protests taking place this year across Sudan, the Berlin International Film Festival hosted the world premiere of Talking About Trees, a timely film depicting the struggles of four men in Khartoum, Sudan, to re-open the cinema of their childhood. The film is directed by Suhaib Gasmelbari, who was born in Sudan but left for France to study cinema, not unlike Med Hondo. Despite its roots in Sudan, Talking About Trees is listed as a production of Sudan, Germany (co-producer), France (co-producer), Qatar (Doha Film Initiative grant), and Chad, the last of which is due to the partnership of Mahamat Saleh Haroun, who is also among those who left their birth country to study filmmaking in France, and for a short while was that country’s culture minister.

Why does a feature from Sudan have co-production companies from across Africa, the Gulf, and Europe? Is this a realization, or disproof, of Hondo’s call for pan-African and pan-Arab cinematic partnerships in the face of Euro-American hegemony?

I wrote—and never published—a filmmaking manifesto with a colleague five years ago, in which we argued that the structure of film funding for filmmakers in Africa is overridden by a pseudo-colonial system that requires outside help, often in the form of a European or Gulf-based co-producer, to realize the filmmaker’s vision. Doing so risks a reduction of complex cultural dynamics down to simplistic, “globally accessible” narratives. Even independent, international co-productions may run a script through a series of stages qualifying the film for international audiences, potentially restricting the director’s ability to speak from a position of cultural nuance and specificity. This is particularly sad, as many filmmakers will tell you that the most relatable cinema is not muddied down generalities but rather specific, individual stories that evoke our emotional response.

A new manifesto might examine not only the continued presence of outside producers in the space of African and Arab filmmaking but also the resignation by modern-day directors, myself included, to this phenomenon as a mal nécessaire that serves as their only path to large-scale success.

Additionally, a nuanced approach to hegemonic funding and distribution structures might identify Arab powers in addition to Euro-American as having a larger-than-needed impact on filmmaking from Africa and even the Middle East. By no means is the Arab film industry robust, and the largely Gulf-based non-profit organizations serving Arab filmmakers do so with good intentions, yet the tendency to solely support “Arab” filmmakers in countries with immense ethnic diversity beyond Arab, which in many places remains a highly politicized identity, is just as culturally imposing as the Euro-American system about which Med Hondo wrote four decades ago. 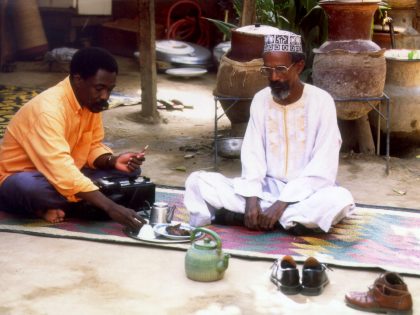 The disidentification of Mahamat Saleh Haroun 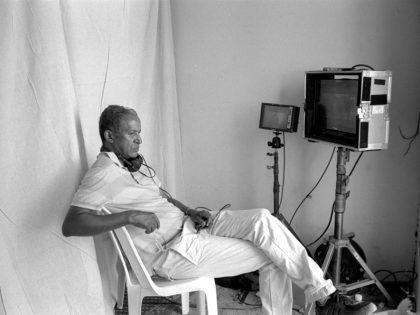 Cast members: “We want that film to enlighten our people’s situation, we, the real hostages of that crisis.” 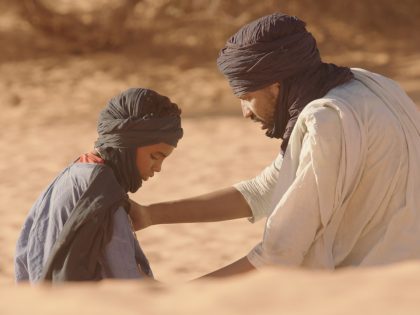