The Hollywood motion picture, “Invictus,” based on British journalist John Carlin’s book, Playing the Enemy: Nelson Mandela and the Game that Made a Nation, about the now epic 1995 Rugby World Cup Final will be out in the first week of December.  South Africa’s team won that final against New Zealand in Johannesburg.  In South Africa (and increasingly outside the country) a lot has been read into that final match.

Firstly, because Mandela endorsed the team (one that was associated with white power and that most black people refused to support). Secondly, because the overwhelmingly white spectators, some who waved Apartheid flags and some who until recently viewed Mandela as a terrorist, chanted Mandela’s name and gave him a standing ovation.  And, third, because it was seen as some kind of break with Apartheid. Most of the people in the township I grew up in, if they watched the games at all, actually supported New Zealand in that game. More than than, I remembered it at the time as nothing more than just a rugby final and nothing more. The team still stayed overwhelmingly white after that (in fact, Mandela took the national rugby board to court 3 years later for failing to transform.), white fans still continued to wave the old flag at matches long after that and still had a hard time reconciling themselves with a need to end racial privilege.

I read Carlin’s book — trust me the writing is good — but did not find it terribly exciting. For me, it presented little new knowledge or interpretation that had not been recycled in South African newspapers (by mostly white sports writers) at the time and after that. So I don’t expect the film to break from the “rainbow nation” narrative despite the fact that its sell buy date has long expired.  And the trailer does not suggests otherwise.

A couple of preliminary observations from the trailer: check the theme music, you’ll recognize it from South African beer commercial which plays heavy on patriotism and nation-building. Also what white school–as portrayed in the trailer–is right next to a black shanty town? If only. I’ll probably give it a miss like I did “Disgrace,” the Hollywood version of J M Coetzee’s novel. 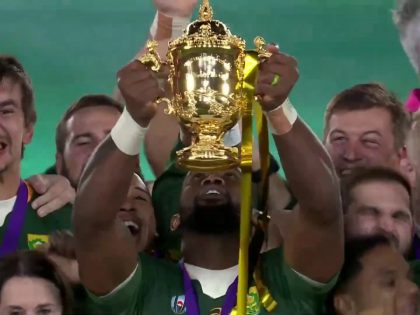 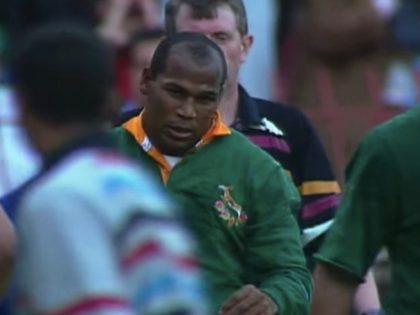 The late Springbok rugby wing’s legacy needs to be sustained, and the hope that he represented is perhaps more critical than ever. 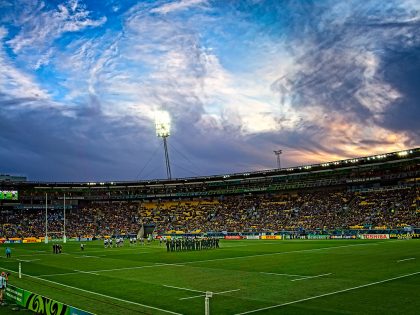