Increasingly, the global political order is viewed as being in a proto-Cold War moment. The West is in decline, and the East is rising. Rather than walking back the enmity displayed towards China from Donald Trump’s presidency, US president Joe Biden has sharpened it, elevating the stakes of the post-COVID recovery as concerning not just a return to national normalcy, but the question of who will lead the COVID-free world. Not only would this be a world after COVID, but a world without a credible growth model, in the ruins of neoliberalism and at the door of climate catastrophe.

As these “great power” binaries make their way into politics again, it’s helpful to recall that the last time they existed, there were other political possibilities. Before the boring neutrality of the “Global South”, there was the counter-hegemonic posture of the Third World. As AIAC contributor Christopher J. Lee once wrote, in the mid-twentieth century:

In contrast to many contemporary understandings of this expression, the Third World was embraced as a positive term and virtue, an alternative to past imperialism and the political economies and power of the US and the Soviet Union. It represented a coalition of new nations that possessed the autonomy to enact a novel world order committed to human rights, self-determination, and world peace. It set the stage for a new historical agency, to envision and make the world anew.

The historic site for the official formation of Third World identity was the 1955 Asian-African conference when delegates from 30, mostly newly independent states descended on Bandung in Indonesia to discuss their mutual ambitions for post-colonial world-making. Then, the affinities between Africa and Asia were obvious and deeply felt—as the first president of Indonesia, Ahmed Sukarno, stated in his opening address at the conference: “For many generations, our peoples have been the voiceless ones in the world. We have been the unregarded, the peoples for whom decisions were made by others whose interests were paramount, the peoples who lived in poverty and humiliation.” In Africa Must Unite, his manifesto for African unification, Kwame Nkrumah (who also spearheaded the Non-Aligned Movement that would concretize principles developed at Bandung), echoed Sukarno by declaring that “The great millions of Africa, and of Asia, have grown impatient of being hewers of wood and drawers of water, and are rebelling against the false belief that providence created some to be menials of others.”

What has become of this organic Afro-Asian solidarity? Of course, the world after national liberation is very different, one where the imperial power structure involves the participation of, rather than contestation from, national governments and the domestic capital they represent. With the rules of the economic order accepted, all Asia represents for Africans is a developmental model outside the scars of  US-sponsored free trade liberalism and structural adjustment. Buoyed by generous investment from China, some believe Africa’s “Asian tiger” moment is around the corner; while others warn of a “Debt trap” where China ensnares countries in financial arrangements that ultimately give it exclusive control of national assets. But, as AIAC contributor Lina Benabdallah recently said in an interview, “We have no evidence to back these speculations but from an African perspective, these speculations have one thing in common: they imagine Africans to be incapable of making decisions on their own.”

But how do we restore the agency of Africa in conversations about her fate in this conjuncture? And what of the relationship not only between Asia and Africa but between Africa and Asia? There is, for example, a sizeable African diaspora in Asia, and despite coziness at the level of the political elite, ordinary African migrants in Asia are racially othered as much as they are anywhere else in the world—as Abdou Rehim Lema has written about for the site. So, to help us make sense of the complicated, contradictory past and present of Afro-Asian relations, this week on AIAC Talk we are joined by Abdou, Lina, and Christopher.

Abdou, from Benin, is a Yenching Scholar of Peking University, where he completed a Master’s Degree in China Studies, focusing on Politics and International Relations. His research work focuses on South-South Cooperation, Triangular Cooperation, and the growing Sino-African security and development relations; Lina is an  Assistant Professor of Politics and International Affairs at Wake Forest University. Her research focuses on international relations theory, foreign policy, critical theories of power, and knowledge production and hegemony in the Global South; and she is the author of  Shaping the Future of Power: Knowledge Production and Network-Building in China-Africa Relations (University of Michigan Press, 2020); and Chris is an Associate Professor of History and Africana Studies at Lafayette College in Easton, Pennsylvania, and is the author of six books, including Making a World after Empire: The Bandung Moment and Its Political Afterlives (2010, 2nd edition 2019), Frantz Fanon: Toward a Revolutionary Humanism (2015), and Kwame Anthony Appiah (2021).

Last week, we continued exploring the concept of exile through two new artistic works: one, a film on a Libyan dissident directed by Khalid Shamis, and the other, an exhibition on the black experience created by Cedric Brown and co-curated by Odysseus Shirindza. We were joined by Khalid, Cedric and Odysseus to discuss their works. That episode is now available on our YouTube channel. Subscribe to our Patreon for all the episodes from our archive.

Looking beyond the West to understand how to manage pandemics without choosing between saving lives or livelihoods. Live on YouTube Tuesday. Subscribe to our Patreon for the archive. 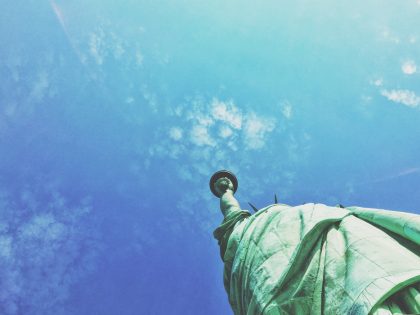 In the shadow of the US election, this Tuesday on AIAC Talk, we talk African immigration to the United States with Abraham Zere and Aya Saed.